Posted on 6th October 2015 by japanesebantamsandhybrids 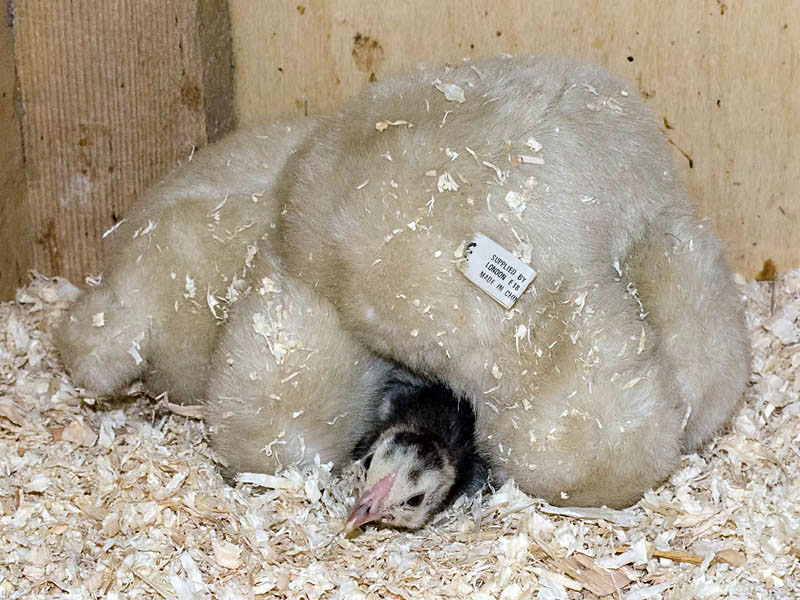 Solitaire as a Lonesome Chick
Solitaire arrived to us via the Royal Mail, as a hatching egg from Ebay. I remember ordering some Brahma hatching eggs, she was the only egg that hatched. The chick didn’t look quite right for a Brahma, for a start she was tiny. Unfortunately, being the only chick she had no friends. As we placed her in the brooder, we scratched our heads over what to do. A mirror worked for a short time, a small teddy went down well. At night she would go to sleep under one of its arms. Eventually we got the only thing she really wanted, which was another chick. Donald the hen man had a chick which he kindly gave to us. Her new friend was an araucana chick, quite a bit larger than Solitaire. Nevertheless, they both quickly cemented their friendship.

It was a delight to watch Solitaire with her new friend, who we called Mystique on account that at the time we had no idea what breed she was. It was clear that she was growing larger than Solitaire by quite a margin. When they got much older, you couldn’t separate them, where ever Mystique was, Solitaire was there by her side. 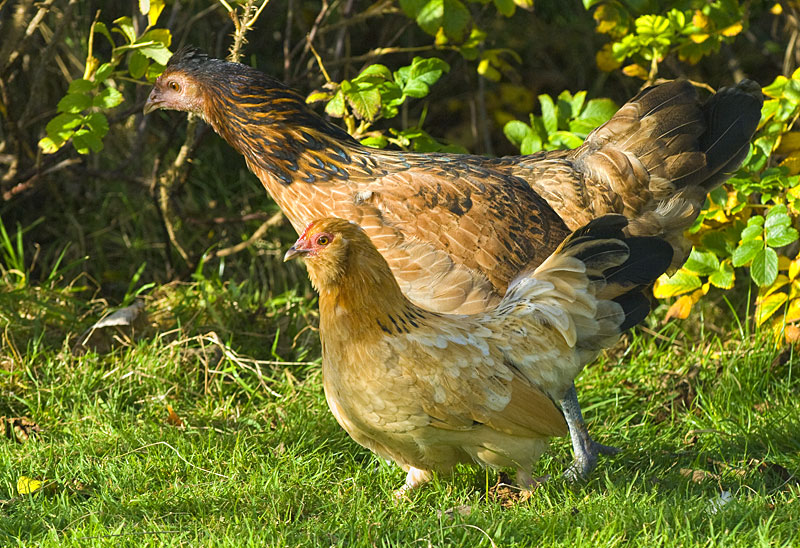 Solitaire has repaid our attention to her needs in bucketfuls. Whenever we had a problem with chicks, it was dependable Solitaire who came to the rescue. We can’t count the number of chicks she has brought up. On numerous occasions she has been a foster mum to many chicks bought from Ebay as hatching eggs. Not content with that, Solitaire has come to the rescue when a broody has decided she’s fed up with sitting on eggs. Her life revolved around hatching eggs and chicks. Whenever she saw chicks, she immediately adopted them. It was also the same with eggs. A clutch of warm eggs were irresistible to her as she carefully rolled one after another underneath her small breast. 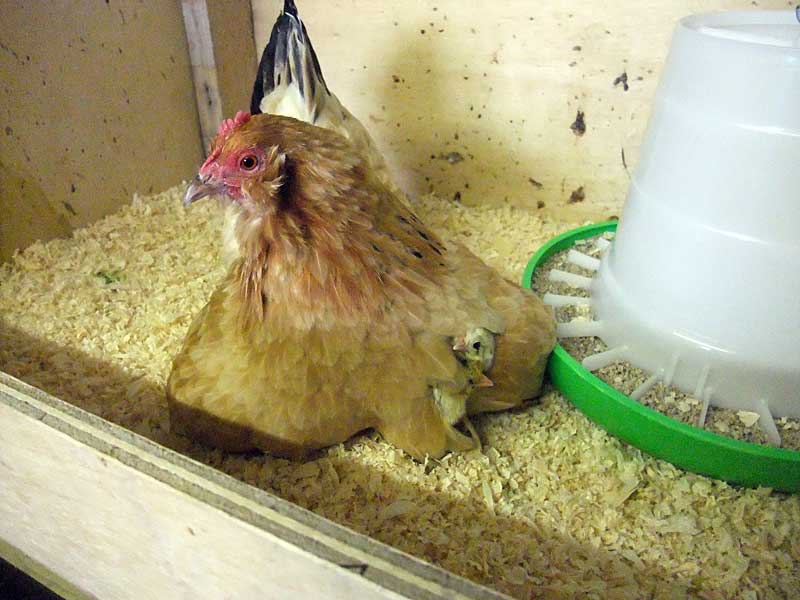 Solitaire for most of her life (6 years) lived with a flock of Japanese bantams. Our Japanese bantams go broody at the drop of a hat and they also sit on eggs as a mothers co-operative. Several hens sit on a clutch of eggs together, they take it in turns to go out of the coop to drink and feed. When the eggs hatch and the chicks are ready to go outside into the run, all of the several mothers escort the youngsters outside. Solitaire was always in the scrum ready to do her bit. 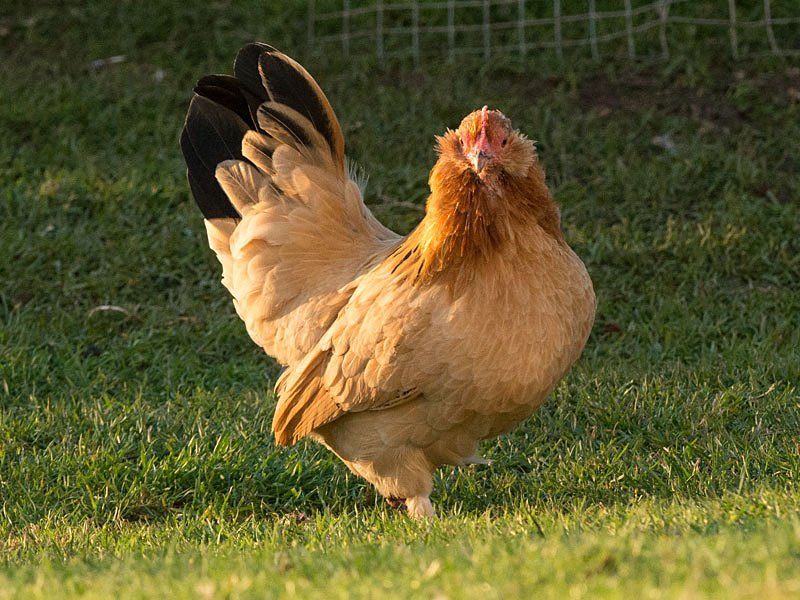 She died a week ago, sadly from some sort of cancer. At first we thought she had Mycoplasma and treated her with antibiotics to no effect sadly. We put her out of her misery once we realised it was the end. Most of our birds are incinerated when they die, but with Solitaire it was different, we buried her in the garden to remind ourselves of her unique personality and how we miss her presence. She gave us a lot of joy, and will be greatly missed. Fly high little one, you will be in our hearts forever.

This entry was posted in In Memoriam and tagged belgium bantam. Bookmark the permalink.

3 Responses to Solitaire a Belgium Bantam